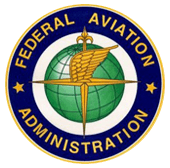 We are a Federal Aviation Administration Air Carrier. We have met the rigorous standards to achieve the certification to conduct on-demand air carrier operations.

The primary aircraft that we fly is the MD 520N which is among the latest technologically advanced helicopters manufactured today and long-proven Cessna 207 airplanes. Our helicopter is the newest single-engine in operation in the local market offering private flight and air tour services. Our top priority is safety and we will never compromise our customer’s safety, that is one of the reasons we operate the MD 520N. Since it has no tail rotor it does not present the danger that comes with helicopters with conventional tail rotors when passengers are present or we are conducting off-site landings. The MD 520N is also one of the quietest helicopters in operation today creating a much softer ground footprint than those of the conventional tail rotor type.
If you have seen Blackhawk Down you are familiar with what are called “Little Birds”. The original design goal of the aircraft was a very versatile, high-performance, helicopter that was built for the Vietnam War. The MD 520N is the latest configuration of the “Little Bird”. Our Chief Pilot, Gary Kauffman, is an Airline Transport rated pilot, ATP for airplanes and a Commercial Rotorcraft pilot that maintains a First Class medical certificate. Gary attended Embry Riddle Aeronautical University, commonly known as the ‘ Harvard of the Air’ as a young man and has matured into an experienced and knowledgeable pilot with over 6,500 hours of flight time. In his twenties he was the youngest owner-operator in the world of the high-performance, twin-engine Aerostar which was, at the time, the fastest production line airplane made. He has flown everything from sophisticated multi-engine turboprops, ultra-lights, seaplanes, to piston and jet, helicopters. He 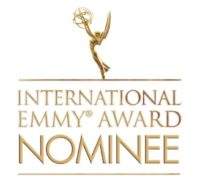 has accumulated many flight hours in and around the mountains of the West and is extremely familiar with the weather and wind phenomena that are present with mountain flying.

He is an Emmy nominated aerial cinematographer who has provided footage for programs aired on NatGeo, PBS, BBC, ABC, and many other documentaries, advertisements, and foreign productions. All aerial footage seen on our website was shot by Gary and are representative of what you will see on our flights.

Manage Cookie Consent
To provide the best experiences, we use technologies like cookies to store and/or access device information. Consenting to these technologies will allow us to process data such as browsing behavior or unique IDs on this site. Not consenting or withdrawing consent, may adversely affect certain features and functions.
Manage options Manage services Manage vendors Read more about these purposes
View preferences
{title} {title} {title}